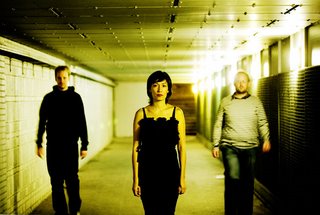 Tiger Baby formed not long after the break-up of Polytone. The band started as a two piece but they needed a singer. What better way to get a singer for a band then post a note on a blackboard at the University of Copenhagen to which Pernille Pang responded and became the lead singer and lyrical artist for the band.